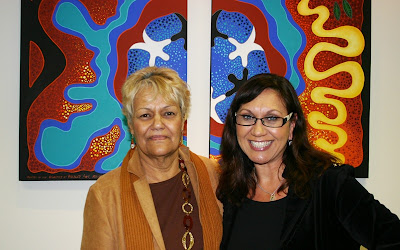 I think last week was one of the most enjoyable and passionate NAIDOC’s I’ve ever had. With so many interesting and engaging events, so much positive energy floating around the atmosphere, and so many new faces celebrating the best of Indigenous Australia, what was not to love?

I can’t let any more time pass by without sharing some of the moments that made me smile most, and indeed, the memories that will continue to give me strength when I stop to consider how much further we have to go to ensure equality for Indigenous Australians.

I’d love to hear what some of your favourite moments of the week were also, in the meantime, here’s mine:

DEPT OF ATTORNEY GENERAL & JUSTICE: With National Reconciliation Week only a couple of months behind us, where ‘talking recognition’ was this year’s theme, it was great for me to be part of the NAIDOC Week launch at the Attorney General’s office in Sydney, where they were also celebrating the Departments own Reconciliation Action Plan. With a welcome to country by Wiradjuri Elder Aunty Millie Ingram – pictured with me above – a warm address by Director General Valda Rusis, and some amazing bush tucker including crocodile and damper, it was the perfect launch into a full-on week.

ABORIGINL AFFAIRS NSW: What a wonderful reunion of old friends and colleagues for me at the NAIDIOC luncheon where I delivered a keynote on celebrating identity. With an invitation extended by Gayle Caldwell (a sista from Koori Radio and current board member of Gadigal Information Services), an introduction by an old uni-mate who is now the Director General of the agency, Jason Ardler, and a few familiar faces in the audience, including Cathy Eatock, it was a wonderful way to share a meal and celebrate our national week. To add to the excitement was was the tribute to the Tent Embassy in the foyer of the building. 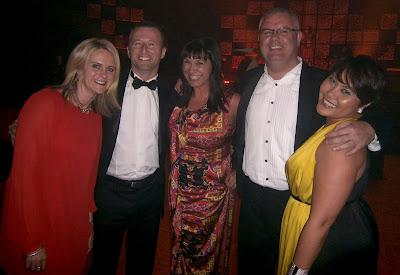 NAIDOC BALL: Of course the highlight was always going to be the big shindig in Hobart, where 100s of people travelled across the country to the host city for the National NAIDOC Awards. I headed south with a core group of girlfriends and others from both the NCIE and NASCA  as well. The pic above is of NAIDOC fans Georgia Symmons, Australia Post Jason Schonhagen (Commonwealth Bank), moi, Jason Glanville (NCIE) and Karen Mundine (Reconciliation Australia)  and had a quick peek at MONA while there. That museum MUST be in the top 10 on the planet for innovation. 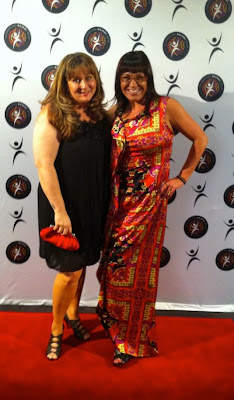 With Ashlee Donohue on the red carpet

The ball itself saw some hilarious comedy work by the much-loved Sean Choolburra who had us all in fits of laughter. The ever-gorgeous soul-sista Emma Donovan had us dancing as did the heartthrob himself, country and western singer Troy Casser-Daly. Biggest surprised was for those who had never heard of Dewayne EverrettSmith who just wowed us all with his mesmerizing voice. Too solid brother.

A shout out to all the winners (you can read about them all here) and especially to Stephen Page, Artistic Director of Bangarra who took out NAIDOC Artist of the Year, sharing an important message in his speak that art is a deadly medicine. And so it is. 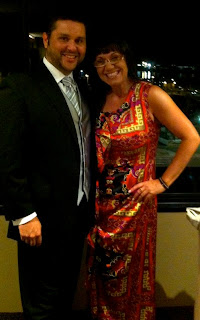 SOCIAL MEDIA: I was thrilled to see the level of engagement particularly on Twitter last week and though I don’t think we got #NAIDOC trending for any significant amount of time (if at all), it was great to see my timeline full of NAIDOC events and comments. I was also pleased to see some NAIDOC blogging going on, and in case you missed them, here’s a couple I’d like to point out.

What were your highlights of NAIDOC Week 2012?