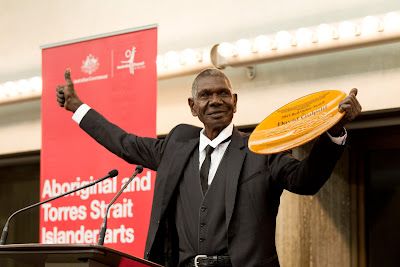 Last night I was honoured to MC the 6th National Indigenous Arts Awards at the Sydney Opera House. The annual ceremony is a very special occasion which brings together people creating and working in Indigenous arts and culture to celebrate our achievements.

Hosted by the Aboriginal and Torres Strait Islander Arts Board of the Australia Council, the awards highlight remarkable career achievements of several recipients and draws attention to artists who may be at earlier stages but already having attracted significant acclaim.

Last night, as we all gathered in the Utzon Room of the SOH, the recognition of our artists occurred on the first day of National Reconciliation Week which has as its key theme ‘Recognition’. So it was fitting.

I’d just like to take this opportunity here to say congratulations to all the award recipients.

This award is made to artists whose contribution to their respective art form deserves public recognition. It also assists such artists to achieve the highest potential in their particular art form and to showcase a life and work that acts an inspiration to other Aboriginal and Torres Strait Islander artists.

In honour of his outstanding contribution to Indigenous arts, this year’s Red Ochre Award goes to David Gulpilil for his work as a performing artist spanning more than 40 years.

David Gulpilil  was first cast in the 1971 film Walkabout because of his extraordinary talents as a dancer. He was just 15 and had never acted before. Since then he has appeared in films that have been milestones in Australian cinema, and which have helped define Australian culture.

These include Storm Boy, Mad Dog Morgan, The Last Wave, Crocodile Dundee, Two Hands, Rabbit Proof Fence, The Tracker, Ten Canoes and Australia. He has also acted in a wealth of television roles. His work has defined David as an icon of the Australian film, television and theatre industries. 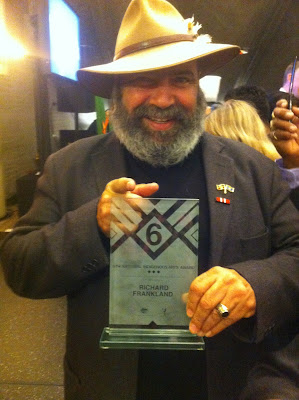 Richard Frankland (above),  a Gunditjmara man raised in south-western Victoria, is a passionate advocate of social justice in writing, film and music. Richard was awarded a two-year fellowship in Literature, and he will fuse three art forms to tell the story of ‘Indigenous Australians from invasion to today’ in a stage musical to be offered to theatre companies in 2014. 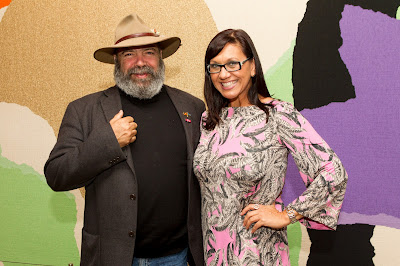 Jenni Kemarre Martiniello is a Southern Arrernte woman (Kemarre skin) and has long blazed trails as a visual artist, writer, community leader and teacher. Jenni was awarded a Visual Arts Fellowship to deepen her research and travel to American centres of glass excellence over the next two years. 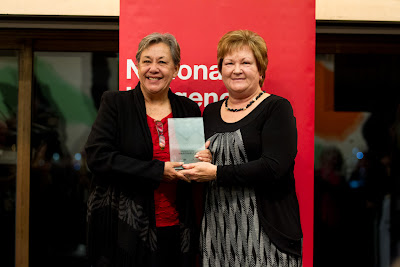 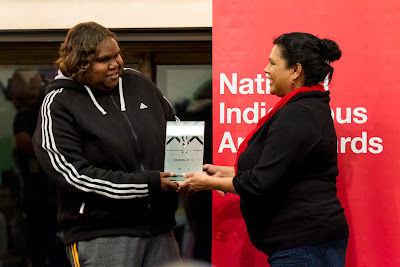 Rhonda Dick with Monica Stevens
The Dreaming Award allows for young and emerging artists to develop their artistic practice as well as benefit from the opportunity to create work. This year’s Dreaming Award went to Rhonda Dick who is a Pitjantjatjara photographic artist from the community of Amata in South Australia. In her first year of practise, she was selected as the overall winner of the inaugural Desart Annual Aboriginal Worker Prize 2012, for her series entitled My great grandmother’s country.

The National Indigenous Arts Awards will be broadcast on NITV! 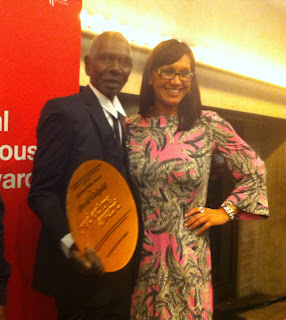