Excellence is the new Black! 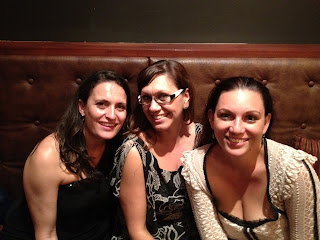 I recently attended the National Centre of Indigenous Excellence Taste of Excellence Gala Dinner, at its headquarters in George Street, Redfern. It was possibly the most glamorous event the suburb has seen in some time, with community members from across the country all decked out in their finery, joined by supporters from both the private and public sector as part of a fundraiser to ensure the national organisation can continue it’s great work.

I was there because I am a Board member of the National Aboriginal Sporting Chance Academy (housed at and partner of the NCIE), but I am also a professional supporter and personal fan of NCIE CEO Mr Jason Glanville. Jason presented on the night as a true statesman; a passionate orator fit for even grander (although not more important) leadership roles.

The theme of the night revolved around success and achievements, knowledge and integrity, and as I scanned the revamped basketball court which was befitting of a NAIDIOC Ball, I saw role models, mentors and activists I have long admired: Tom Calma, Millie Ingram, Evonne Goolagong-Cawley.

Our night was MC’d by the classy Rhoda Roberts who makes the job of pulling it all together look just too easy. And we were blessed with performances by some of my favourite female musicians (who happen to come from the same musical family) Emma and Casey Donovan. A highlight for me was an extraordinary performance from someone I’d never heard of before; pianist Bradley Gilchrist, a graduate from the WA and Sydney Conservatories. The entire space was mesmerised by the talent of this young man who dreams of an Indigenous Conservatorium of Music. What a wonderful dream we can all share, don’t you think?

As I sat at my table and watched footage of the success of the NCIE over the past two years, and the organisations it works with including NASCA and AIME, I had to look no further than my own table to see the success that organisational support, opportunities and hard work can provide for our mob. And with that in mind, I specifically acknowledge my sistas, and Directors of NASCA who were there on night (and pictured above with me), Belinda Duarte who is Director – Korin Gamadji Institute and Sonja Stewart who has recently been appointed Deputy Commissioner of the NSW Public Service Commission. 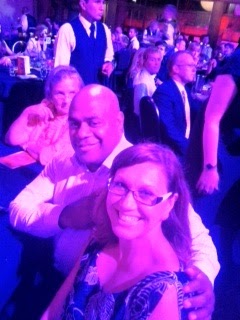 Sitting to my right on the night was Shane Phillips (picture above), CEO of Tribal Warrior Association and to my left was David Williams, CEO of Gilimbaa Indigenous creative agency (and designer of the NCIE logo!). And finally, opposite me on the table was none other than Michael ‘Magic’ O’Loughlin of Sydney Swans fame, the GO Foundation (which he co-owns with Adam Goodes) and current AIS/AFL Academy High Performance Coach. If that’s not enough excellence at one table, then I’ll eat my cowgirl hat!

Am I grateful that EXCELLENCE IS THE NEW BLACK? You betcha!
Posted by Dr Anita Heiss at Sunday, March 25, 2012