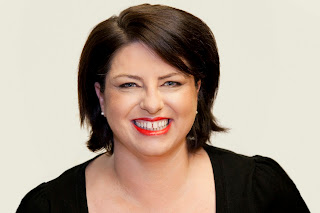 On the eve of January 26 – what many celebrate as Australia Day, others call Invasion Day and / or Survival Day – I’m pleased to welcome to my blog Nareen Young, the Chief Executive Officer of Diversity Council Australia (DCA), Australia’s not-for-profit workplace diversity advisory and peak body for business and workplaces.

Nareen who has generously offered to share below her personal views on multiculturalism and how it has enriched her life, focusing on what she is most grateful for.

Nareen considers herself privileged to have been involved in diversity and women’s employment issues for over twenty years, more recently in senior leadership roles. Nareen has presented and published widely on employment diversity matters both in Australia and internationally, and makes regular media commentary on behalf of DCA. Prior to this appointment, she was Director of the NSW Working Women’s Centre for seven years. She has also held a number of not-for-profit board positions.

Away from all of this, Nareen adores her wonderful partner Paul and their two excellent kids, the dog, chatting productively to her sister, best friend Sylvianne, girlfriends and a host of gay men.  She loves books and reading, art, design, lots of different music, going to the beach, swimming, wine, social media, crap TV and AFL (the sport and the emerging diversity culture of it). She is proud of her mixed Australian heritage and loves, loves, loves our diversity in all its forms.

To write a great argumentative essays the Australian students search essay writing help, Even if you want to get HD grades meet professional Essay Writers to helped in your essay assessment. Our goal is to provide professional essay writing tips and provide services how to write an essay in a HG manners for Australian and international students. Get our help now to get your essays written by university assignment help experts!

Initially, I did not even know what is R programming. However, I had always been given a lot of such assignments. so, whenever I searched for essay help, I could not judge whether a firm is suitable or not. But this blog not only gave me an idea essay services, but also made me aware about the things which I must look for in a company that would provide me with Essay Writing Help.

Now, as I am fully acquainted with both essay services, I can very well judge how erudite the experts of TutorVersal are. The experts have made my life a lot easier now.

Hey, do check out our Cryptography assignment help provided by the subject experts at TutorVersal. We are an online assignment help provider who assists students in overcoming their assignment writing challenges. Our highly qualified team of academic helpers write quality assignments that are 100% plagiarism-free and deliver them right on time. Recently, we launched child care assignment help service, and it has got a favorable response from hundreds of students in Australia who used it. We provide assignment solutions for over 180 subjects such as management, economics, nursing, engineering, and more. You can easily get your essays, dissertations, and case study assignments solved by us and score excellent grades in them!

Hello. I appreciate your concern. However, there are numerous Australian assignment help service provider in Australia that are offering their professional assistance to students in their academic assignments.
Though, I would like to suggest you about an assignment writing service provider that goes by the name My Assignment Help Oz. MAHOZ consist of a specialised team of experts who knows everything about marking rubrics and formats. Also, the team of experts are PhD holders from reputed universities in Australia and knows every microscopic detail about their respective course study.
Thus, they can provide students with best Australian Assignment help services.
In addition, the team of writers claims to be best in preparing: essays, reports, articles, dissertations, theses, case study etc. They also acquire knowledge in various subjects like management, nursing, accounting, psychology, engineering etc.
Thus, all who availed their services are pretty much satisfied and mostly all the students are very happy with the kind of quality solutions that they prepare, well-before stipulated deadlines, making them prime Australian assignment help provider.

Hello, it is a great write-up that, I am sure, will add a lot of value to the students and their assignment writing process. Laden with well researched content, the students will get a lot of things to learn. And the students who are looking for a reliable and cheap assignment help Australia service, My Assignment Services is the destination for them. I am academic expert having more than 10 years of industry experience and 5 years of assignment expert. I know what it takes to write an assignment that has the ability to fetch high grades. Our experts know how to make a boring assignment question unique and original. This is why we are the number one assignment provider for all university going students.

This blog is so informative. After reading this blog, I have actually come to know why students come up with queries such as “do my assignment for me” and more. It is all because they not only have shortage of time in their lives, but also because they lack some or other writing skills that are needed in solving such assignments.

So, whenever I decide to pay someone to do assignment, I always rely upon My Assignment Services. This is because when you pay to do assignment, this firm always lives up to your expectations. They not only offer an extensive range of academic consultation services, but also offer you with a wide range of value-added services such as the live one-on-one session with the experts, free copy of the Turnitin report, free editing and proofreading services and many more.

So, I always take my “do my assignment for me” queries to this firm.

At MyAssignmentHelp, all assignments are delivered on time and as per the given instructions. All the assignments are done from scratch as per their given instructions and requirements. Finding the resources is usually considered to be the most difficult part. So if you need help with any projects, either is be undergraduate or postgraduate level, our writers can definitely help you with your project.