What I'm grateful for January 21st: 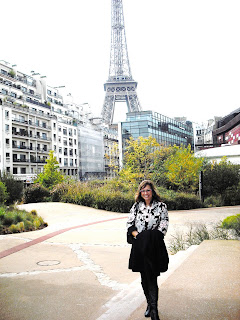 1. BLACK RUSSIANS ON ICE: No, I don’t mean the drink. I mean the Russian world figure skating champions Oksana Domnina and Maxim Shabalin who attempted to do an ''Aboriginal dance’’ as part of their plan for the Olympic Games. Truly, I thought they looked like a bush version of Ken Done on Ice (the rink, not the drug). Of course they needed something more ‘traditional’ than the jingle that was all the rage in the 70s that I sang in primary school: ‘Moscow, Moscow, see the Russian teddy bear, dancing in his underwear...’ Did anyone else sing that as a kid? In case you haven’t seen the video, you can check it out here. I’m grateful today that I am proud of my culture and heritage and that I needn’t appropriate (badly) someone else’s to make my mark in the public arena. [BlackRussiansonice poached from Leesa Watego on Twitter!]
2. BRITISH BOB-SPLITTERS: Clearly I’m not the only one on the planet grateful for the laugh from British bobsleigher Gillian Cooke splitting her pants as she boarded (is that the terminology) her bobsleigh at the world championships in St Moritz. Whoa! I had to – like most other viewers – watch it more than once. She was wearing a thong, wasn’t she? I’m truly grateful for the reminder to always, always, always wear decent knickers under my lycra from now on!
3. I HATE UNDERWIRE BRAS SUPPORT GROUP: The tales kept coming today re the underwire bra issue. I’m grateful for the stories, they make me laugh. The latest from Ms G: ‘I had an underwire bra incident today! The wire popped out as I got into the office this morning. Being 8am and thinking no-one was about I pulled my top down a bit and tried to push it back in...just as the IT guy came in to upgrade a computer. I just laughed but poor guy didn't know where to look.’ Ms G – I have no doubt Mr IT knew EXACTLY where to look! I’m pleased to report (thanks Jill B) there is an ‘I hate underwire bras’ support group on Facebook.
4. LITERARY STAMPS: Australia Post has announced stamps to honour Australian authors I’m happy about that, really. And I respect most of the authors chosen - Peter Carey, Thomas Keneally, David Malouf, and Tim Winton, Bryce Courtenay and Colleen McCullough. But I’m gobsmacked out of the six there’s only one woman and none of my most admired writers: David Unaipon, Oodgeroo Noonuccal, Jack Davis. In other words, no writers ‘of colour’. And no, before you say it, I don’t want to be on a stamp. Really, the thought of strangers licking the back of my head and sticking my on an envelope freaks me out a little. Which writers would you like to see on a stamp?
5. PARIS DREAMING: I’m grateful for the opportunity to write today. I love working on my novel. Escaping to Paris, playing tourist, eating delicious food. Today we had a view of the Eiffel Tower from the musee du quai branly and went shopping on the Champs-Elysee where we bought a gorgeous Furla Bag. Ah, the joys of fiction writing! I am grateful for the writerly life.
Posted by Dr Anita Heiss at Thursday, January 21, 2010