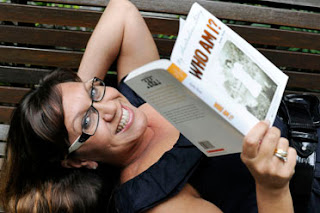 Queensland University of Technology (QUT) writer-in-residence Anita Heiss will continue to put urban Aboriginal women on the literary map through a new book based in Brisbane.

Dr Heiss said her new book, called Tiddas, a common Aboriginal term in NSW meaning female friends, is based around the life of five women in their 40s from Mudgee, NSW, who settled in Brisbane.

"It was a gift to be able to come here, not only to talk to students and give lectures, but now I've got a month to research the suburbs where my characters live," she said.

"One of my characters actually comes to QUT. The character profiles had already been done before I knew about the residency, so now I can write authentically about the space here and landscape."

The residency is funded through a Copyright Agency Limited cultural studies grant, an initiative supported through QUT's discipline of Creative Writing and Literary Studies and the Oodgeroo Unit.
Dr Heiss said Aboriginal women were under-represented in Australian literature.

"The reason I write these books is because women like me in urban centres don't appear in Australian literature at all," she said.

"All of my books are essentially about love and relationships, but they're also about the complexities of interracial relationships and how Aboriginal women in the 21st century juggle individual goal-setting with community responsibility."

Dr Heiss, who said she disliked the term 'chick lit', said she wrote books that appealed to a broad audience and to educate people.

"I much prefer the term 'commercial women's fiction' because it takes away that unnecessary stigma attached to 'chick lit'," she said.

"In the 18-to-45-year-old demographic, many of my readers would have never engaged with Aboriginal women before, socially or professionally, but they'll read books about relationships."

"We were looking for a way to support Indigenous writers, to help showcase the very rich tradition of Indigenous writing in Australia and to give students and the public an opportunity to engage with this tradition," she said.

"On another level we are hoping that Dr Heiss will find the residency conducive to her own writing and fruitful for her contact with QUT and wider social and writing community."

I absolutely adore all your books Anita. I will definitely acquire 'Tiddas' to add to my Anita Heiss collection. I love the way you portray women in your novels. I am sure that 'Tiddas' will be an excellent book.

Thanks Cathy - am so pleased you enjoy my work. And I'm loving you photo. Where is that taken?
Peace from Brissy!
Anita

Thanks for liking my photo Anita. I took it one morning, as I was walking along the lakefront here in Italy. It is a shot of Lake Bolsena, in the town of Capodimonte (the small town of 1700 people where I live). It sounds like you are having a great time in Brissy. Peace to you too, Cathy