What I’m grateful for in Deni... 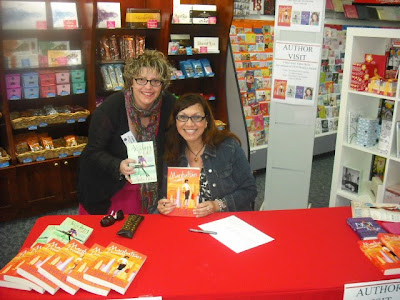 1. YARKUWA INDIGENOUS KNOWLEDGE CENTRE: First and foremost I am grateful to the staff and board of Yarkuwa for inviting me to be part of their Wamba Wamba / Perrepa Perrepa Cultural Week celebrations. I was there for story-time with primary school kids, most of whom turned out to be the most delightful kids I’ve ever had the pleasure to work with. I even got to yarn with a few toddlers who were so gorgeous I momentarily considered motherhood. Then I had a facial and a nap and snapped right out of it. I was also privileged to give the speech at the Nyerna: Deniliquin Reconciliation Group dinner at Deni RSL. What an inspiring gathering of people. Kudos to Jennifer Townsend and her team for pulling it all together. Overall congratulations to Carlee Rundell-Gordon and everyone at Yarkuwa for a memorable week for locals and visitors alike. Pic above is with Carlee.
2. DENI-ITES: I am not exaggerating when I say that the people in Deni were nearly ALL incredibly kind, generous, hospitable and friendly. There seriously must be something in the water there – oops, I was told not to mention the water – but you know what I mean. The kids were all noticeably well behaved, and the adults beyond helpful. I felt welcome from the minute I arrived by chariot from Albury Airport. With that in mind, I can’t believe I took so long to find my way to Deni. Special mention must be made to my minders Steven Ross and Debbie Flower who provided an endless stream of hysterical commentary.
3. UTES: Did you know that Deni is the ‘ute capital of the world’? Well neither did I. But it is. And I had only just missed out on the world famous Ute Muster that attracts 25,000 plus ‘friggers’ (apparently this is the term used by locals to describe those who attend) from across the globe. It’s hard to imagine what it’s really like so I may have to return to experience it for myself. What I see though, is the public art in Deni that has been created to honour the ute. See pics below of the ‘ute up a pole’ and the ‘mosaic ute’, and yours truly at the entrance to the utemuster site. Just FYI because I know you’re desperate to know: ‘On October 2, 1999, Deniliquin wrote itself in to history claiming the Guinness World Records title for the largest parade of legally registered utes in the world with 2,839 utes taking part. Since then the Festival has reached new heights with over 7,000 utes counted at the Festival in 2008. 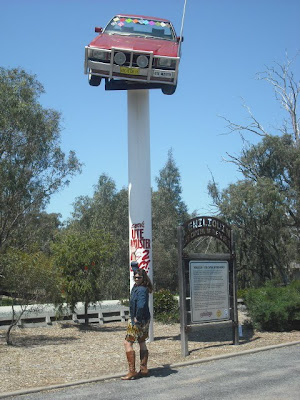 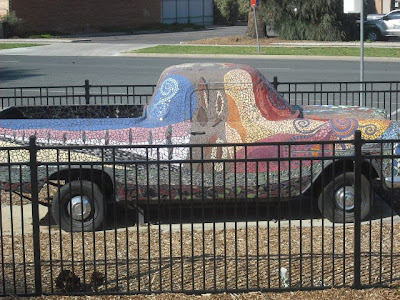 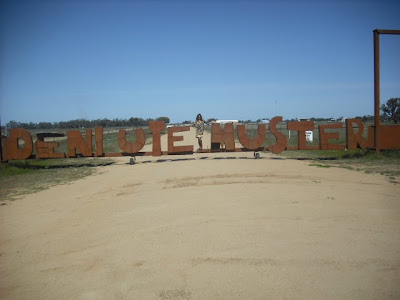 4. THE CROSSING CAFE: Not sure how I managed to get The Crossing Cafe mixed up with ‘the courthouse’ but there was some confusion when I was trying to meet up with Steven. Once sorted, I enjoyed the most stunning breakfast of pan fried mushrooms on bruschetta, with spinach and Meredith feta, and the best coffee in town. I can’t do it justice here, so you’ll just have to check it out yourself. Apparently, it’s the place everyone is on the weekends also!
5. DENI NEWSAGENCY: I’m told my book signing at the Deni Newsagency was the inaugural for the local business. I’m grateful to owner Mark for inviting me into his space to meet locals, sell a few titles and ease my way out of down from there. Also thanks to Matt from TAFE who purchased a book for his daughter. There are still a few books left at the newsagency if you happened to have missed out. 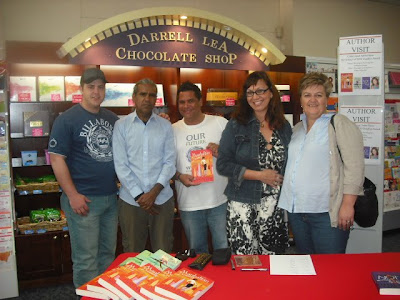 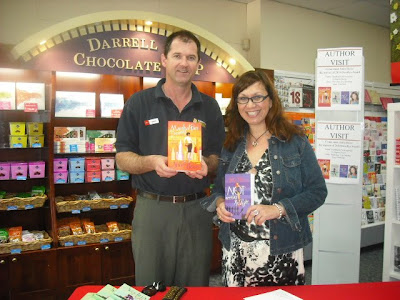 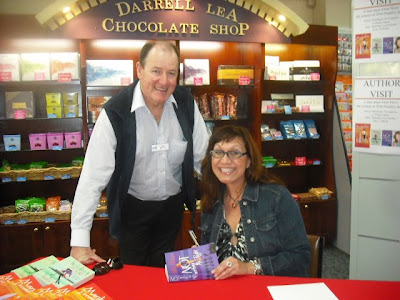 6. 2QN’s PAUL DIX: I’m a huge fan of community radio and I was humbled to be invited into the studio with Paul Dix on Radio 2QN. Paul is the longest serving breaky announcer in Australia at the one station and in 2008 celebrated 50 years in radio. It was great to meet Paul, having done a phone interview with him in 2008 when I released Avoiding Mr Right. I’m grateful that he was keen to have a yarn and also plug the cultural week I was there to celebrate.
7. RED RIVER GUMS: What stood out for me most in Deni, aside from the above, was the sense of peace I felt there. I could’ve roamed the parks and along the river all day but I had to work of course. When I did get the chance to stroll I took in the lushness of the main park in town situated conveniently behind the Multi Arts Centre where I was working. I hugged a big red river gum tree – its part of the eucalyptus family. Sometimes a girl just needs a hug, eh? 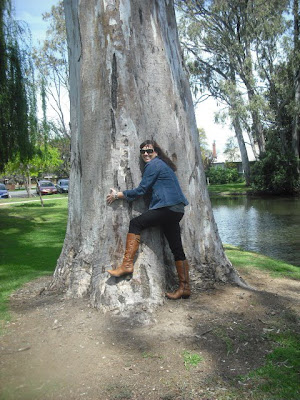