What I'm grateful for today: 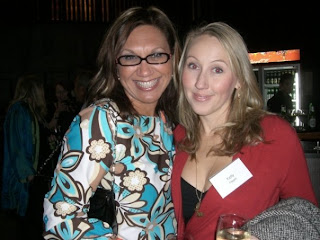 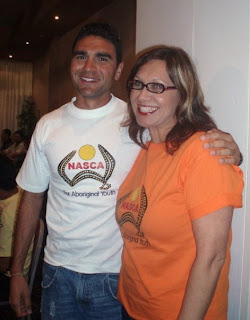 1. Sleep: I was grateful for sleep this morning, when it finally arrived about 2am. Is it possible to get jetlag simply from Perth to Sydney?
2. Yoga mats: I don’t do yoga, but they gave me a yoga mat at the gym this morning to replace the boxing gloves I bought for Frane for Christmas Day. When she opened the pressie there were two left handed gloves. I thought maybe she had two left thumbs, but it appears not. So I bought her another pair while over west where people have thumbs on each hand it seems, and then took the lefties back today. Perhaps they will fit someone else. Oh, I’m going to start doing yoga, apparently. 
3. Invitation to the Sydney Writers’ Festival: waiting for me in my inbox this morning was an invitation to this year’s Sydney Writers’ Festival, held annually in May at Walsh Bay right on Sydney Harbour. I love it, whether I’m speaking or not. Sometimes I just sit with Rosie Scott, or Ali Smith or Kathryn Heyman or the girls from Random House and just watch people walk by. I’m not at all concerned about the panels I’ll be doing. Rather the biggest issue is what to wear to opening night!? Pic above is of the gorgeous Kelly Fagan and I at the opening night of SWF in 2008.
4. Dinner at Mum’s: isn’t it great that at your mum’s place there’s always food in the fridge and a meal on offer. I love that. Right now I have a bottle of soda water, some English spinach and three punnets of strawberries in my fridge. So it was wonderful to eat at Mum’s tonight. I was there with my sister Gisella and her two sons Ben and Matt, they are very good boys. And my brother Mark, he’s a good boy too (well, he’s 28) and he’s very handsome – just ask him (and see pic above). We relived stories of childhood accidents: I broke my wrist roller-skating, Gisella split her lip at the end of toy gun, Mark cracked his forehead on the front step and again in the doctors surgery waiting room. He also burned his chest badly TWICE as an infant and dropped a can of fruit on his foot, splitting his toe open. He was always the attention seeker. Amongst it all we had a lot of laughs tonight, and I am grateful for that, and my lovely family.
5. Indigenous All Stars NRL Game: I’M GOING! I’m not a footy follower as many will know, however, I am on the board of the National Aboriginal Sporting Chance Academy (see logo on t-shirts in photo above) and will be representing NASCA at the event on February 13. I am a tad excited ... To read more about the team playing on the Gold Coast, check out the NRL website.
Posted by Dr Anita Heiss at Wednesday, January 06, 2010

Yoga is worth a try Anita,I prefer the IYENGAR style. I and my footy-fan mates can't wait for that All-Stars game, fan or not you should have a great day up on the 'Coast !!

I know you are right Tex. I hear you can change the entire shape of your body doing yoga - and let's just say that could only be a good thing in my case! :)

You know I'm not a footy fan, but I am looking forward to the game - you know, so I can make some notes and write a story sometime!

Who are you backing on the day????

I'm gonna be cheering for the deadly Indigenous All-Stars !!!!
I think the whole concept of this game is great,as the contribution to the game of rugby league by indigenous players throughout the codes' history has been enormous.
Even though your not a fan, the atmosphere should be great ,with more of a celebratory vibe than a competitive one,and I'm sure you'll be able to cope with finding yourself surrounded buy a bunch of fit young fellas !

Hey Tez - sorry for calling you TEX in the last post... oops, I should go to bed earlier! :) I think it will be a blast, and I need some more practice in coping with bunches of 'fit young fellas' but I'm sure I'll manage!