Five people to think about this NAIDOC Week, by Kayannie Denigan 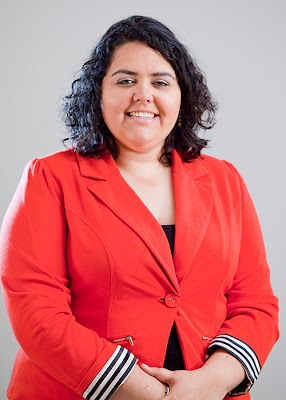 Last week I had the great pleasure of meeting Kayannie Denigan at the QLD Indigenous Youth Leadership Program at Parliament House, in Brisbane. From the stage I asked the future leaders if anyone would like to write something for my blog for NAIDOC Week, and Kayannie shot her arm in the air first. Kayannie is a go-getter, a do-er. I like do-ers. I am so pleased she wrote for my blog because her words below are thought-provoking, and like me, you WILL think.

Kayannie is a young Anangu woman from Central Australia with family and cultural ties to the Guugu Yimithirr and Kuku Yalanji people of Cape York. She is passionate about Indigenous history and manages a Facebook page on the history of Queensland’s Aboriginal people. She is in the process of launching an Indigenous history corporation to provide support to people searching for their family history and to share our history with the broader community.

I am a proud Luritja woman but for some reason NAIDOC Week has never played a large role in my life. This year I was asked to write a blog post for NAIDOC Week so I have had to seriously think about what it really means.

NAIDOC Week is a time to celebrate the achievements of Aboriginal and Torres Strait Islander people. It is also a time to reflect on our ancestors and our unsung heroes.

It is important to our identity, our culture and our place in society to understand our past and connect the dots in our family and community histories.

Norman Baird
A veteran of WWI and WWII, Norman Baird was a educated Aboriginal man fighting for the rights of the Kuku Yalanji people in the early 20th century. Three of Norman's five children were removed from his care and for forty years he was threatened with removal to Yarrabah Mission. Luckily for his family, Norman was a prolific writer and many of his letters are kept in our archives along with his service records, his Kuku Yalanji wordlists and other important documents about his struggle. His brother Charlie never returned to his homeland after the war and we continue our search for his descendants.

Sarah Breaden
Removed as a child from the Northern Territory, Sarah Breaden was sent to South Australia and then Victoria. She was under the 'protection' of the Protector of Aboriginals until 1928 and in 1929 she married Robert Robertson. Records relating to Sarah's time in Melbourne and her marriage have been located but no other documents have been found. Sarah was my grandmother's aunt and I am trying to find more about her and her descendants.

Mary Boyd
I have been working with Mary Boyd whose grandfather Harry was removed from Mossman in Far North Queensland as a five year old in 1900. He was sent to Yarrabah Mission and spent most of his adulthood trying to take control of his life. Despite growing up within 100kms of her homeland Mary has not been able to make the connection to her people and her country, and I continue to support her to identify her ancestors.

The people of Hope Valley
During WWII the entire community of Hope Valley was forcibly relocated to Woorabinda where a quarter of the population died before they were able to return home eight years later. Many old people were abandoned at Palm Island on the way and families were traumatised by the separation, relocation and subsequent deaths. What were the real reasons behind the move and what was the human impact of such a decision? This is a chapter of Queensland's history waiting to be told.

Jacky Jacky
The only member of Kennedy’s 1848 failed expedition to reach the rendezvous at the tip of Cape York, Jacky Jacky was awarded a silver breast-plate for his efforts. His memorial at Cooktown was removed while Kennedy's remains. Jacky Jacky is a reminder that many Aboriginal people contributed to the making of our nation but have been overlooked in our public places of history.

This NAIDOC week I ask you to think about the Indigenous men and women who are trying to reconnect to their families, their culture and their homeland.

****
Feel free to add five people below who you would like to remember this NAIDOC Week!
Posted by Dr Anita Heiss at Saturday, July 06, 2013

This is a fantastic blog post. A great final reflection and some people worth thinking about, and of course for our old people, remembering. Thanks.

Really i appreciate the effort you made to share the knowledge.The topic here i found was really effective to the topic which i was researching for a long time.Youtube Subscribers