Author P.M.Newton is grateful for Indigenous writers, Twitter plus more this NRW!


Pam Newton is my friend. She is a writing tidda of mine, a staunch supporter of issues often considered to be 'Indigenous' when in fact they are 'Australian issues'. I asked her - in the spirit of Reconciliation as it were - if she would write some words for my blog this week about gratefulness and National Reconciliation Week. She didn't err at all, until the events around Adam Goodes unfolded, and I understood immediately her trouble in staying positive. And yet, Pam - a deadly crime writer (check out her work here!), has come up with some wonderful positive things to be grateful  this week (and I don't mean her mentions of me - but thanks P!). As we reach the end of NRW it'd be great to hear what YOU the reader here are grateful for also.

So, National Reconciliation Week, been a bit of a bumpy old ride, hasn’t it?

When my friend Anita Heiss invited me to be a guest blogger during this period, I really, really, REALLY, didn’t think that the week was going to throw up (and never has a metaphor been more apt) the sad, mad and bad of racist taunts coupled with wilful and spiteful misconstruction. It didn’t just take my breath away; it kind of took my voice as well.

What to say? What to write that wasn’t going to come out as a howl of (probably profane) rage?
Fortunately the wonderful Brooke Boney has written on this very blog a perfect summation of what was said and why it matters. So I’m going to revert to Plan A and follow in my lovely host’s footsteps by writing about the things I’m grateful for in National Reconciliation Week. I’d heard about Mullumbimby before it came out and I was eagerly awaiting it. In fact, when I was asked to chair a panel at the SWF that featured Melissa I had already bought it and read it.
Mullumbimby!

What a warm, big-hearted, heart-breaking and confronting ride it is. And it brought back such memories of a similar time in my life, involving love, land, horses, pain, joy, disappointment, acceptance. 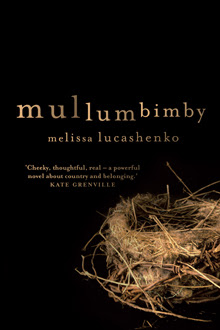 So, I’m grateful for the world Melissa Lucashenko creates and for the invitation to share in it that she extends through the pages of Mullumbimby.

2. Guwanyi  - 3rd National Aboriginal Writers’ Festival at NSW Writers' Centre
OK maybe it’s cheating to be grateful for something that happened back in March 2011, but Guwanyi is where I met Dr Heiss in the flesh, for the very first time. Prior to that we’d been twitterati pals … but more on that later.

This festival was also where I first heard the poetry of Ali Cobby Eckermann. Hearing her read, her poems speaking with a voice of such tenderness, truth and resilience was a spine tingling experience.
It also meant I was 100% not at all surprised – and 1000% delighted – to read that Ali Cobby Eckermann won the Kenneth Slessor prize for Poetry AND Book of the Year at this year’s New South Wales, Premier’s Award. 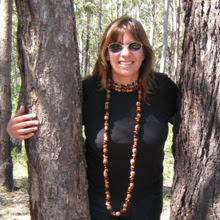 Now everyone can be grateful for Ali Cobby Eckerman.

3. Berry Island
I’m grateful for the place at the end of the street where I grew up. I’ve written about it before, a small bush-covered peninsula on Sydney Harbour that has had me in thrall since childhood. Sandstone and Sydney Red Gums, shell middens and a huge rock carving. Every walk around there a reminder of the history of the place I was born and grew up in and love.

National Reconciliation Week is all about history, absorbing it, learning from it. Berry Island is like a snapshot of practical reconciliation. The bush covered headland of my childhood, wild with lantana and other introduced weeds, a burial ground for old ferry hulks dragged into the bay and left to rot, and a park bench cemented right into the belly of the ancient carved sea-creature.
Now? 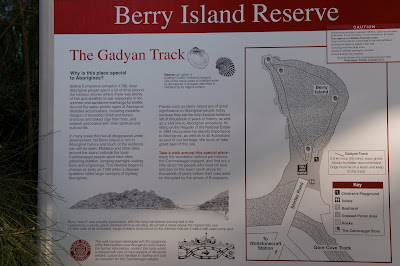 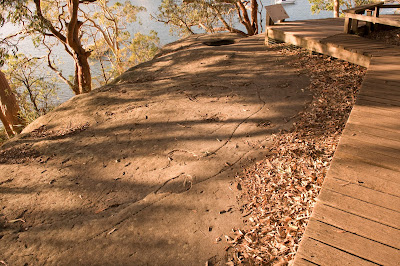 Through twitter I’ve connected with so many acquaintances who’ve become friends. I’m not very good at networking; I’ll go to a party and be paralysed with shyness. But on twitter I can chat, join in on conversations, follow links and be exposed to news, information and ideas I may never have found.
So yes, I’m grateful to twitter, and to twitter aggregators like @AnitaHeiss, who led me to the wonderful work of the likes of @LukeLPearson, @IndigenousX, and @Ebswearspink. There are many, many more tweeters out there, but if you follow any of these people you’ll discover that for yourself – and you’ll be grateful too!

In fact, why don’t you make a start by going and making a twitter account (it’s easy) and following Adam Goodes - @adamroy37 (it’s totally non-stalkery – you won’t get arrested).

Now, she’s by no means perfect. Her work ethic is daunting, and shows up those of us who apparently require sleep as being rather slothful creatures.

But in this week it is especially worth remembering Anita’s courage in facing up to the same mean-spirited pack on the lunatic fringe who have been disgracing themselves over the last few days.

As much as Anita has been fighting the good fight with intelligence, wit, grace – I’d be really, really, REALLY grateful if next National Reconciliation Week no one had to.

I'm grateful that so many of you are on Twitter! I am also grateful that Adam Goodes took a horrible situation and turned it into a learning opportunity for so many. I have learnt a lot this week which wouldn't have been possible without his courage and generosity. He truly is a great man.

Hey Mindy, twitter is an interesting place at times but what an opportunity it offers to connect with people you may otherwise never have even known existed. Glad you're enjoying it.
Not an AFL fan but if I didn't have a book launch to support this afternoon I'd be breaking my duck and turning out at the SCG to yell *Go you good thing* at Mr Goodes.

Hi Mindy- thanks for dropping by, and sharing your own response to this week. I think there are many who have seen / learned much this week, and like I am grateful to Adam's courage, generosity and dignity.

And Pam, I'd be with you too at the footy, although I am not a fan, I have so much respect for my brothers literally 'kicking goals' for all of us.

Peace to you both, X