My name is Alice-Miranda Highton-Smith-Kennington-Jones and I am seven and a half years old. When my best grown up friend, Jacqueline Harvey asked me to think about three things I’m grateful for, I found that almost impossible. There are so many more things than that! But I’ve given it my best (and I’ve snuck in an extra little list at the end - which I hope she doesn’t notice 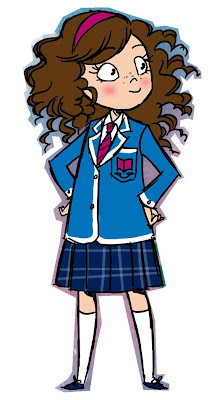 1. Family and friends
I have a wonderful family. I have two parents who I adore and they adore me (sometimes to the point of being quite tricky). When I told them I wanted to go to boarding school a year early they cried buckets for a week. But they soon got used to the idea and it’s all worked out perfectly. You see my parents are very busy with their work and so now when I come home from school; it’s like that lovely feeling at the end of a holiday when you get to go home and sleep in your own bed – except that it’s just me coming home to them. I have a gorgeous Granny, Valentina and her best friend in the world is Aunty Gee, who’s also known as Queen Georgiana. At home, there’s Shilly and Mrs Oliver and Max and Cyril and Mr and Mrs Greening and of course Lily and Heinrich and my friends Jasper and Poppy. At school I have my best friend and roommate Millie (whose real name is Millicent-Jane McLoughlin-McTavish-McNoughton-McGill) and Jacinta Headlington-Bear, who when I first met her was having the most terrible tantrum, but has now become a very good friend. My aunt Charlotte is soon to be married to the most handsome movie star, Lawrence Ridley(Jacinta is totally in love with him) and Uncle Lawrence has a son, Lucas, who I adore (although he didn’t take to me much in the beginning). At school there’s our headmistress Miss Grimm and her new husband, Mr Grump, Mrs Derby, her personal assistant, Miss Reedy, the best English teacher in the world and Mr Plumpton, our slightly dotty Science teacher. Mrs Smith is our cook and she is working hard to be as expert as Mrs Oliver (our cook at home) and Mr Charles who looks after the gardens. There are loads of other girls and staff too, but if I named them all we’d have a whole book. 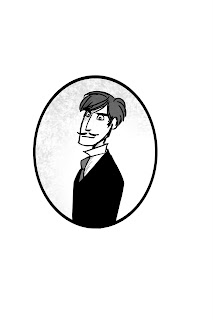 2. School
Winchesterfield-Downsfordvale is quite the loveliest school I’ve ever seen. It sits on a huge plot of land and we can take our ponies to school (which has been great fun). But when I first arrived, even though the school looked perfect, I thought there was something missing – something that should have been there but it wasn’t. Everyone I met was miserable. Cook was sad because she’d never had a holiday, Mr Charles was upset that he wasn’t allowed to plant flowers and Jacinta Headlington-Bear, well she was having the most incredible tantrum because Miss Grimm wouldn’t let her go to the gymnastics championships. But Miss Grimm, the Headmistress was the most miserable of them all. It took quite a while to unravel the mystery but in the end it turned out that Miss Grimm was completely heartbroken. When she sent me on my hike in the woods I met a tramp who turned out to be her long lost love. Anyway, they were reintroduced to each other and at the end of term they were married in the most beautiful ceremony. Miss Grimm decided to let me stay at school and she no longer hides away – she’s part of everything that goes on and school is now fantastic in every way. 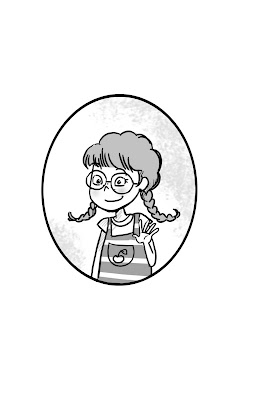 3. Adventures
Travelling and meeting new friends is one of my favourite things in the world.I love that life is an adventure. I adore getting to know people, hearing their stories and understanding what matters to them. At school last term the girls told me a tale about a witch who lives in the woods near school. They said that she only wore black and she lived in a tumbledown mansion, just her and about one hundred cats all meowing and calling and scratching and fighting. I was a little bit nervous but I didn’t really believe in witches. Anyway, Millie and Sloane and Susannah and I were out riding and Sloane’s pony bolted and then my pony, Bonaparte, got a whiff of an old vegetable patch and took off in the other direction. He’s rather naughty like that. I found myself at a place called Caledonia Manor – a tumbledown mansion in the woods and sure enough I met the witch, except that she’s not a witch at all. She’s a lovely old lady called Hephzibah and she was terribly sad and afraid. When she was just a girl she’d been badly burned in a fire and now she was so scared about what other people thought of her that she had hidden herself away. I can’t imagine how awful that would be. Anyway, she and I became great friends and she helped me to unravel a very serious mystery that could have closed Fayle School for boys which is on the other side of the village to Winchesterfield-Downsfordvale.

I’m going to have lots of adventures in the future. My best grown up friend Jacqueline Harvey tells me that her publisher has asked her to help me write at least eight stories. So my next tale is Alice-Miranda at Sea and then, Alice-Miranda Takes Manhattan. After that, who knows where we might go next! 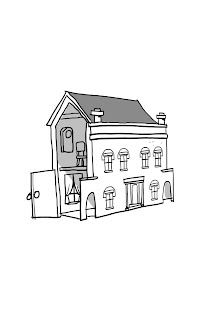 I know I was only supposed to be grateful for three things but I can’t help adding a little list of things I love:
1. Mrs Greening’s Heaven Cake
2. My naughty pony Bonaparte
3. Granny Bert – she’s a little mad but I love her just the same
4. Mrs Smith’s chocolate brownies
5. Cups of tea with Mr Charles
6. Hugs from Mrs Oliver – they’re as good as hot chocolate
7. Rainy afternoons lying about in my room chatting with Millie and Jacinta
8. My aunt Charlotte
9. My doll’s house
10. Mummy and Daddy
Posted by Dr Anita Heiss at Wednesday, March 23, 2011