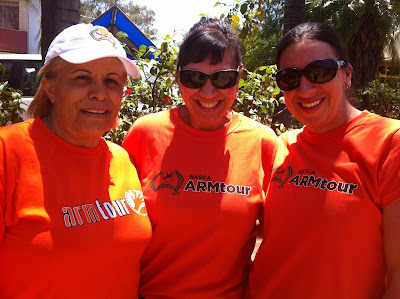 Day Two of ARMtour saw the young and enthusiastic role models climb ANZAC Hill at sunrise. The rest of us chose to take the opportunity to gather strength through an extra few minutes sleep in preparation for the week ahead. There’s not a lot of free time, and even less access to the internet, but I’ll try to keep up my gratefuls over the week. Here’s a few for Monday:

I’m grateful for Indigenous media supporting ARMtour: A morning cultural awareness program lead by Blake Borgia and Travis Lane was followed by a group of us heading to CAAMA Radio  for a yarn with Paul Wiles, News Director. CAAMA – otherwise known as the Central Australian Aboriginal Media Association (Aboriginal Corporation) has a footprint that spans the NT but also goes as far as Ceduna (SA), Kalgoorlie (WA) and Townsville... you can also stream CAAMA live, so check that also. 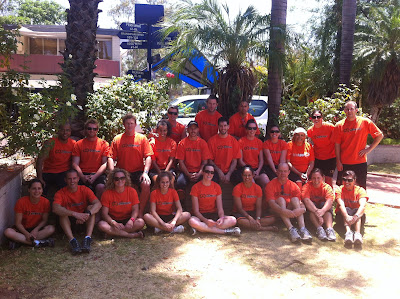 A quick lunch and a group photo (as above) and we were in a our two-car-convey heading towards  Ltyentye Atapurte (apparently pronounced Ginger Porter) and otherwise known as Santa Teresa. In my vehicle was team leader Rebekah Torrens (Thelma), Louise (myself) and Cathy Buxton (Helen – named simply because for the first hour of our meeting I kept calling her Helen – I don’t know why, but it has stuck). I’ll introduce you to the ‘boys’ car’ - our fellow team mates (pictured below) – at tomorrow’s blog.

I’m grateful for warm welcomes: On arrival into the community our first stop the school, was greeted with smiles and high fives from the local kids. The students really love it when the ‘orange people’ come to town. I’m grateful for the relationship that NASCA has built up with our ARMtour partners (eight years in Papunya and six years in Ntaria) because it means our visits are something looked forward to and cherished by both the students and us volunteers.

I’m grateful for role model Cathy Buxton: As mentioned yesterday, this is my third tour, but it was my team mate Cathy’s first as a role model. Cathy is newly graduated primary teach (UWS, 2012) with a background in sport and fitness, with swimming as a major interest. Cathy is from a family of swimmers back in the UK. Cathy’s grateful today is “Meeting such amazing new people!” Which is what Cathy’s life has been about travelling as she does around the world. It’s her first trip to the Northern Territory though and working with indigenous youth on any level, but she already knows it won’t be the last as she’s looking for a meaningful career in teaching and inspiring young Australians. I’m certainly grateful Cathy’s on my team!

I’m grateful for energetic young people. As with many communities, young people are active in various sports and cultural activities, and Santa Teresa is no different. I even kicked the footy around a little on the local oval (AFL being the game of choice here) and then we all headed over to the local hall for some basketball and a chance to see the Desert Divas working with the young women of town to write and record their own music.

I went to sleep IN MY SLEEPING BAG (anyone who knows me will understand how out of my comfort zone I am with those sleeping arrangements) grateful for this country’s landscape, the goodwill of so many and the life I am so lucky to lead. 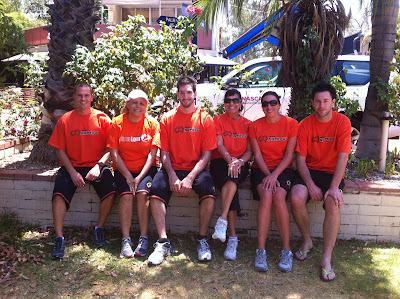 [Thank you to DEEWR who fully funds ARMtour as part of the Sporting Chance Program]
Posted by Dr Anita Heiss at Tuesday, October 23, 2012