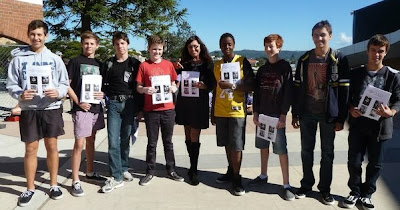 That’s right, in the heart of South Brisbane overlooking the mighty river and bustling Southbank, there’s a pool of talent sitting on top of a hill. The site is known as St Laurence’s College, and is home to over 1500 young Australian men and their teachers.

As part of the National Year of Reading 2012 - of which I am a proud Ambassador - I am working with a small group of Year 10 lads (that’s them above), and together we are writing a short novel. With the aim of embracing the Brisbane identity in all it’s multicultural, proudly-Maroon and respect-for-the-river glory, we have been working steadily since March to create characters and scenes and a storyline that we can all agree on. That’s no easy task with so many creative minds on one project, but these fellas have nailed the process.

Not only have they created interesting and believable characters (cops, victims, suspects and families) that reflect the local Greek and Murri populations, but we’ve got scenes at the Ekka and the State of Origin, there’s live action at Musgrave Park and down at the artificial beach in the parklands. AND we’ve got a few murders thrown in for good measure. It’s been a strain on their brains as I’m sure you can imagine. Look how hard they are concentrating in that pics above and below.

I applaud these young men in their creative process because I believe that real talent can produce an interesting and engaging story without running people down or using profanities, without gratuitous sex or even sexism for that matter. It’s also possible to engage teenagers without excessive violence – okay so our story opens with someone lying in a pool of blood, but that’s about as gory as it gets. And yet the work is full of suspense and action. 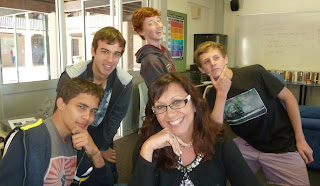 Looking at the group above, you’ll be believe me when I say there’s some funny lines in there are also. I think this team of writers could in fact pen comedy if they turned their minds and time to it. Truth is they are incredibly busy excelling in their academic studies, sports and music, so it’s been truly a gift to be able to work on this project the past few months. 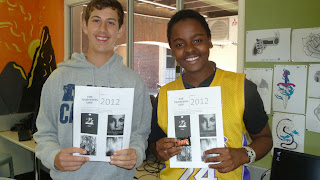 It’s not over though! We’re just going through the second draft now and sending the next one to the deadly Janet Hutchinson who has worked with such wonderful and award winning authors as: Tara June Winch, Larissa Behrendt and Rod Moss to name a few. Janet also did the structural edit on my most recent book Am I Black Enough For You? 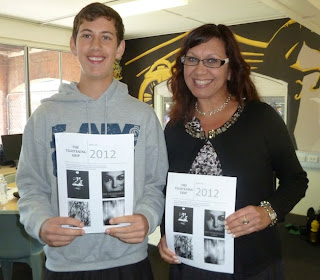 I’ll sign off now, and catch you all up later down the track as we approach publication and our launch later in the year. For now though, I will admit that it’s been a wonderful challenge working with the St Laurie’s lads, especially given my last four novels were about dating, shopping and cultural engagement. I’ve had a ball so far and am truly grateful for the opportunity to create new stories with our future authors. 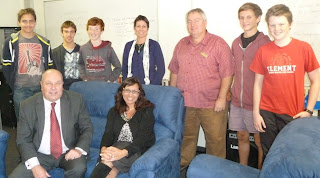 PS A HUGE shout-out to Principal Ian McDonald and teachers Cheryl Toohey and Roy Wojciechowski for your support for both myself and the boys. You rock!

Such a great thing you are doing with these boys. You are right - Brisbane has so much talent ;)

Thanks Annie - it's a joy to work with young, talented people. And yes, Brissy is brimming with it! :)