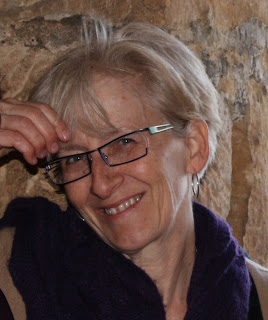 Today, I have the pleasure and privilege of introducing you to my tidda Sheryl Gwyther, Brisbane-based author, illustrator, activist and all-round Fabulous woman. Big on supporting writers and our rights Sheryl is on the SCWBI Australia /NZ QLD Management Teamand was at the forefront of the fight against parallel importation of books back in 2009.

Aside from her devotion to our book industry (you’ll see below, she’s also an animal rights advocate), Sheryl is clearly devoted to a lot of other significant things (and people). Below, she has generously shared those she is most grateful for... all beginning with the letter F!

Sheryl on being grateful...
Tricky thing, this idea of gratitude, Anita, but I’m glad you asked me because it’s something I suspect most of us rarely contemplate.

I’ve had a lucky life – or should I say, I don’t have any regrets about my life so far. There’ve been a couple of disasters, but I learned from them, so how can I regret that? I’ve learned to stand up for what I believe in, even though I’m no extrovert. I’ve travelled afar and met many fascinating, crazy, interesting, and occasionally, truly dreadful people. So here goes – my F list of FIVE GRATEFULS, hot-off-the-press... 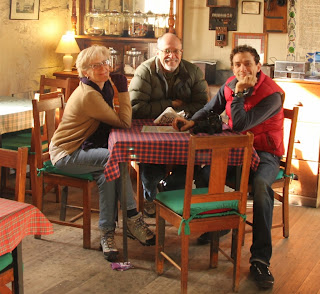 1. FAMILY... who else accepts and still loves you even though you were once a little shit? I’m talking about the teenage years, of course – who wasn’t a little shit back then?

My dad worked for the railways as a guard. My mum never went beyond high school, but has made up for it ever since. They instilled in me and my three sisters the belief that everyone is equal and deserves the same chances in life. And my grand-mother filled my head with stories of Irish ancestors who lusted after Spanish grooms, and who fought in Irish rebellions. No wonder I became a story-teller.

Every day, I’m grateful for my husband, Ross and our son, David (pictured above). They are the loves of my life, the scaffolding and the mortar.

2. FRIENDS... life would be bleak without friends. I love my friends, those I’ve known for many years, and now those from the writing world. I can’t imagine life without their input, advice and the laughter we’ve shared. Most are women – strong, beautiful, spirited women who light up my life with their passion. Like you, Anita, and Dee White, Angela Sunde and Tania McCartney. There’re others too with special places in my heart, but I’ve run out of room on this post.

3. FREEDOM ... I said gratitude is something we rarely think about, after all, we don’t live in a perpetual war-zone, or under a dictatorship, nor starve to death in Australia – it’s easy to take for granted our geographic and economic luck.

We are all immigrants to this country, why can’t we share it with fellow humans who crave freedom from torture, oppression and instability as well. I’m grateful to those on the front-line who continue to speak out against the misinformed and the xenophobic, in the hope of opening enough Australian minds and hearts to our ethical, moral and humane responsibilities. One day, we will hold our heads high.

4. FURRY CREATURES ... Yes, I’m grateful we have animals on this planet, even the slithery, scaly, creepy ones. (Okay, you caught me out here – I have serious problems with the humane disposal of Bufo marinus).

I’m a proud supporter of animal rights and I’m ashamed that we humans have caused the greatest methodical elimination of animal and insect species since a giant meteorite landed in the Yucatan Peninsula and wiped out dinosaurs.

Animals have always been a strong and fascinating presence in my life – for their trust, I’m forever grateful.

5. FANTASY, or rather, developing an imagination ... for how can we be storytellers without the ability to use imaginations.

I’m grateful for my childhood of freedom, of being able to run, ride and climb around our small sugarcane town – to make cubby-houses with my sisters and cousins in a lantana jungle, pretend to be Tarzan of the Apes in the ancient figs (never Jane), to act out adventures like the Famous Five. To explore, to take risks, and not be cotton balled like so many kids today.

I never broke a bone, a venomous taipan never bit me and I survived eating the entire unripe crop from a guava tree. In the process, I became a storyteller. 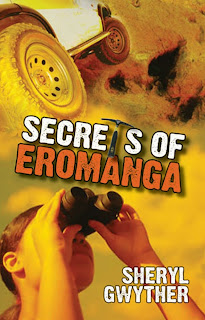 We love you too, Sheryl:)

Hey, Dee, lovely to hear from you! And of course, what would I do without your supportive presence? :)

Wonderful post, Anita & Sheryl. I learned a lot about your childhood in the process too, Sheryl. Thanks so much for sharing!

I LOVE this! What a gorgeous idea to get to know someone. And Shezza is an inspiration. x

Love the idea of sharing things you are grateful for. We could all do with more of this positivity in our lives.
Dale
www.daleharcombe.com

My elder daughter recently told the new man in her life that one of Mum's (me!) favourite sayings is, 'Aren't we lucky.' You have encapsulated all that you feel lucky/grateful for, Sheryl. Wonderful to know you!

Oooh, lovely post, Sheryl. Eating tree-fulls of unripe fruit as a kid... we have even more in common! So glad to be on this life journey with you. x

Hugs to you, Anita. How many Tiddas are you able to have? And can I use that beautiful word for the girls in my life? x

Thanks Sheryl and Anita for this reflective post.
I actively pursue being grateful as part of my practice with the Law of Attraction.
Sheryl, I LOVE your #five F's.
Yes they are my #5 F's too. Perhaps I name them differently. But we have the same philosophy in life :)

Karen, glad you liked reading about some of my 'wilderness' childhood!

Tania, you too are an inspiration, that's why you're one of my lovelies! :)

Dale, this is a great idea of Anita's. We hardly ever think of being grateful for our lives. x

Hello, to the gorgeous Janeen! You too are an inspiration to me. Hope to catch up in 2012.♥

Karen, glad to know these things help inspire you too. Sometimes it's just what one needs. Take care! xx

Thank you again, Anita. You're one of those special people who touches peoples' lives with a lovely sizzle of warmth, and here's a big warm hug back for you.
Keep doing what you do! ;) ♥