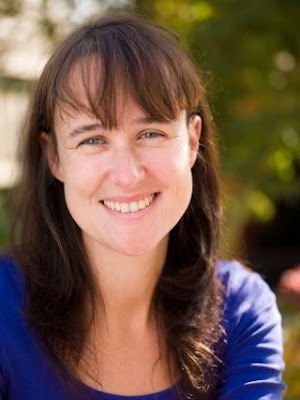 I met Melbourne-based author Kylie Ladd via Twitter when her eleven year old son was reading my novel Who Am I? The diary of Mary Talence, Sydney 1937, at his primary school. I returned her Tweet with an email to his class and so began a mutual sharing of writerly values (and expectations!). Kylie is the author of After The Fall and her new novel Last Summer, is due out in July through Allen & Unwin. For updates be sure and find Kylie on Facebook.

I really enjoyed reading Kylie’s gratefuls, because they are mine as well- books, editors, Broome, Twitter – except for the daughter thing. But of course, I AM a daughter and I’m grateful for that. 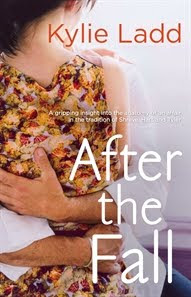 Tonight, Kylie is grateful for:
1. BOOKS: I just LOVE to read. Most writers do, but possibly I’m a bit more fanatical/neuroses-ridden than most: I keep a list in my Filofax of every book I have read since 1992, and another list of books I plan to read soon. I feel anxious if I don’t know what I’m going to read next, and I make a point of finishing every book I start ever since Patrick White’s Voss suddenly declared itself to me in the last ten pages after 300 tortuous ones when I wished the explorer would just hurry up and die. I’m not really fussy about genre. So far in 2011 my favourite book has been Eva Hornung’s Dog Boy, which won the 2010 Prime Minister’s Literary Award for fiction, but I’ve also enjoyed the escapism of Lisa Heidke’s Claudia’s Big Break and the brilliant Kate Atkinson’s crime romp Started early, took my dog. Books make my day. Today a good friend surprised me with a signed copy of Paul Auster’s Sunset Park and I couldn’t have been happier if he’d given me my bodyweight in Lindt. No, really.

2. BROOME: In late 2009, my husband emailed me and suggested that we move our family to Broome for a year. Sure, I said. The next day he bought a house there. It was all rather sudden, but the best decision we’ve ever made. Our time in Broome- jointly propelled by my husband’s long-service leave and mid-life crisis- was a watershed year. Our 11yo son learned to surf, our 8yo daughter threw herself into Nippers, my husband devoured book after book and cooked magnificent meals, I had the chance to just write rather than juggle this with my usual paid work. We all loved the lifestyle and our daily trips to the beach; we learned a lot more about the real Australia and Indigenous issues; we travelled across the state and reconnected as a family. It was a year of summer and a year off the treadmill. We’ve been back a month now and I’m still struggling to adjust, but I will always be grateful for our time in the north.

3. MY DAUGHTER: I adore my son every bit as much, but this seems like a good chance to admit- and make up for- something that has always bothered me: when my daughter was born I was fleetingly disappointed. I already had a boy and was hoping for another; I had never been a girly-girl myself and was a little afraid of what I’d do with a daughter. For the first half hour of her life I held this screaming bundle wrapped in hospital pink (I’d only bought blue to the delivery suite, so convinced was I of her gender) and thought “A girl... A GIRL” in horror. Nearly nine years later I wouldn’t swap her for quids. Cameron is funny, smart and into everything. She rides her bike next to me when I go for a run; we are reading the Malory Towers books together; she is a complete and utter girly-girl, and is always thrilled and encouraging when I make an effort to put on more than my usual t-shirt and jeans. By my calculation, I have about five more years until she hits puberty and will most likely disown me. I intend to enjoy them.

4. TWITTER: I was warned about Twitter. One friend told me that it was full of tossers who mistook chit-chat for a community; another cautioned that (in Macbeth’s words) it was nothing but sound and fury, signifying nothing. I joined anyway, and I love it. Writing is a lonely and solitary profession, and Twitter has connected me to some fabulous writers (like Anita), people who inspire and stimulate me, people who are as thrilled by words as I am. When we were first in Broome and I knew no-one Twitter was a great social outlet, fun and welcoming. I have made genuine friends on Twitter, people I’ve met in real life and hope to stay close to. Every day it educates and entertains me. I just wish my friends had warned me how addictive it was.

5. EDITORS: My second novel, Last Summer, will be released in July of this year, and has recently been through first a structural edit and then a copy edit. I don’t think any writer looks forward to those reports coming back- the pages after pages of changes requested; the suggestions of cuts and additions, and I am no exception. I did all the clichéd things through both my edits: sweated blood, cried buckets and cursed anyone who ever wielded a blue pen. Yet now, on my final read through, I am grateful and humbled. There is no doubt that my editors, Catherine Milne and Clara Findlay, have made this a better book than I could have alone. “Being destroyed, having to start again, means you have space in front of you, somewhere to go” Zadie Smith once wrote about being edited, and she’s right. Being edited, I have learnt, is not a punishment- it’s a privilege.
Posted by Dr Anita Heiss at Monday, February 21, 2011

I would like to thank the both of you for being my new-found inspirations. Two amazing, strong, generous and - as I'm finding out on my own writing journey - determined and tough-skinned (you'd have to be to get novels published) women. So, thank you x

Thanks so much for your comment... but I must tell you that I am VERY thin-skinned, and yes that presents problems :) But never in the editorial process for me because I want to learn as much as I can. But yes, I am determined...
I am so grateful for you visiting here and wish you luck with your own writing journey. Don't be a stranger round here!

Fabulous blog, Kylie and Anita. Kylie, your time in Broome sounded absolutely amazing - though of course I already know that - I've seen the photos! Loved all your gratefuls, books, editors, your daughter...and yes, even twitter.
Can't wait to read Last Summer when it comes out in July.

Kylie, I'm grateful for you. That's a great list. xx

Really enjoyed reading your gratefuls, Kylie - and that year in Broome sounds wonderful. I love what you have to say about editors and being edited. And you are really making me want to read more Zadie Smith at the moment!

I love your list. I especially love that you are grateful for twitter, for without twitter we might not have become friends and I may not have read your wonderful books. Can't wait for the next one. xx

Life In A Pink Fibro said...

Great post Kylie. You are a stellar Guest Poster.

I love this! Grateful for all the right things, even editors.

Sorry, Kerri, what was that you said? I can't hear you from the 20th century ;)

(PS. I will bring it to Sydney. We can pour over my list together! Once the carriage gets there, that is.)

Lisa, Bern, Sara, Annie, Al... thanks for dropping by! You are ALL big reasons I am grateful for Twitter. :)
And Sherrice, thanks too. I've had my share of tears from editors over the years but am gradually learning to love them. OK, not want to push them off cliffs.

I am happy to find your distinguished way of writing the post. Now you make it easy for me to understand and implement the concept. Thank you for the post.

If the person is into card games like rummy or other such ones then apart from suggesting them to download the best rummy appto play online rummy.To play rummy but all this while have been struggling with the rules of playing the rummy card game. Let’s get that sorted for you first. This will help you enjoy the game on your favourite rummy app. PlayRummy explains for beginners on how to play rummy game online and excel at it.