Anita Heiss for the Oprah House... 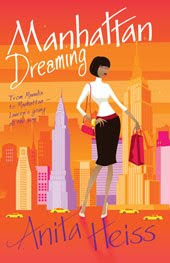 Oprah is coming to Sydney and there could be no better guest or representative of modern Australia than Sydney’s own ANITA HEISS.

Dr Anita Heiss is a member of the Wiradjuri Aboriginal nation of central New South Wales and is one of Australia's most prolific and well-known authors of Indigenous literature. Anita’s award-winning writing ranges from children’s stories to poetry, Aboriginal history and contemporary popular literature (e.g Not Meeting Mr Right; Avoiding Mr Right).

In addition to her own publishing achievements, Anita is an Indigenous literacy ambassador and fierce advocate for the Indigenous Literacy Project that aims to get books into homes and schools for children in Australia’s remote Indigenous communities. Anita is also currently a Director of the National Aboriginal Sporting Chance Academy. Anita was the first Aboriginal person to graduate with a PhD from the University of Western Sydney.

Anita travels the world talking and writing. She has been a keynote speaker at the Black Writers’ Reunion and Conference (USA) for the past three years and has twice delivered the NAIDOC lecture for the Australian Consulate in New York City. Anita’s latest book Manhattan Dreaming (published 2010) connects Indigenous Australian and Native American arts for readers of commercial women’s fiction. Anita is currently writing Am I black enough for you?: a memoir on Aboriginal identity in the 21st century.

Anita, you go gurl! I'm so proud of your accomplishments. We have got to make this happen. I'm posting right now to my FB page!
Alicia