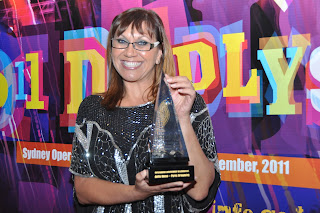 On Tuesday night I attended the 17th Deadly Awards at the Sydney Opera House. I think I’ve been to about dozen of them, and each year they get better. It’s always a night of love, laughter, glamour and reunions, and that’s what makes it so special.

This year I am grateful for many things, but here’s just a few of them:

1. THE AWARD: I’m grateful to all those who voted for my novel PARIS DREAMING in the category of Outstanding Contribution to Literature. I had already been blessed with winning it previously so never expected to be in this year’s list. Especially when it included Brenton Mackenna, Kim Scott, Gayle Kennedy and Sally Morgan.  Humbled and grateful for the nomination alone, I was truly surprised when I won and stumbled a little through my speech.  I’m grateful for the Deadlys because they are one of the few award ceremonies in Australia voted on by more than a small panel of people behind closed doors. Rather they are voted on by the community, by my readers, and that’s who I write for, and that’s why the award means so much to me. So thank you again. 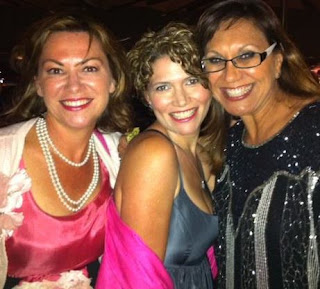 2. DEADLY REUNIONS: For weeks leading up to the night, friends and colleagues plan what they’ll wear and where they’ll meet up. Whether it be at the Opera Bar beforehand (like Lisa, Anj and I above), on the red carpet or at the after party, the event gives us all a chance to don our best frocks and Cinderella slippers and party together in style. I was grateful to catch up with, albeit it briefly, friends from WA, QLD, the ACT and across Sydney.

3. DEADLY DIVAS: I’m grateful for all the deadly divas nominated in this year’s awards and I’m proud to say some are my friends. Special mention to Karla Hart (who took out Broadcaster of the Year) and Pauline Whyman (nominated for Female Actor of the Year). It’s so inspiring to be around staunch, strong, sexy women who have their feet on the ground and hearts in their communities.

4. DEADLY DANCING: Ok, there’s always a good line-up of dancers to grace the stage and the dance floor at the after party, but this I must say that I’m grateful not only for the yarn with, but the performance by Matty Shields... yes, you know him, he’s that deadly pole dancer from Australia’s Got Talent. If you haven’t seen him in action, then do yourself a favour and take four minutes to be impressed. First, imagine a hot, fit Blackfella in sequences shorts then click here. 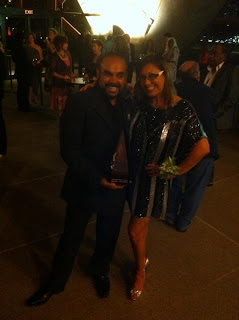 5. DEADLY DATE: Last but far from least, I’m most grateful to my deadly date, the young Bryan Andy (pictured above) who flew in from Melbourne to be my perfect escort. Not only did he look tamale hot, he showed up with a corsage of native flowers (see below). Oh, it made me sigh so. I love the old-school ways. 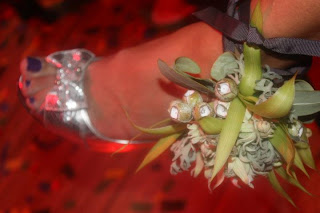 Anita, I felt so privileged to at the Deadlys cheering you on! I had a brilliant night and I loved meeting your dashing date - Bryan Andy! Congratulations, again!! So well deserved! Lisa xx

Congratulations Anita. An award to be proud of indeed. And you looked SENSATIONAL! As did you're date. Bet you both looked great on the dance floor.

Thanks Lyssa, Lisa, Pam and Trish - really appreciate your kind words and congrats. Much peace... Cinderella :)

I'm so happy to finally find a post with what I want. Online Ludo Game You have inspired me a lot. If you are satisfied, please visit my website and leave your feedback.