Frané Lessac is grateful in Japan 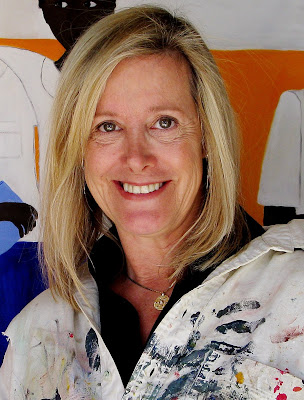 One the highlights of 2007 for me was attending the Kimberley Writers’ Festival in Kununurra. It was there I met and became a fan and friend of the enormously gifted illustrator Frané Lessac. Based in Fremantle, Frané is best known for the beautifully illustrated kids books, many authored by her husband Mark Greenwood. My favourite is New York, New York!: The Big Apple from A to Z of course!
Both Frané and Mark have just returned from a residency in Japan working with students in international schools, and I’m grateful that Frané took the time to share with us just a glimpse of what she was grateful for during her trip abroad.

Frané is grateful for:
1. GIANT BUDDHA: The Buddha in Kamakura was built in1252 and lost its head in a tsunami years ago but now has it screwed back on tight and reinforced for earthquakes. You can go deep inside and rub his belly from within. I’m grateful not to die in Buddha’s belly, although what a great last resting place. 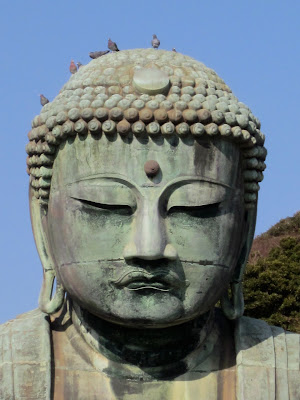 2. PERFECT STRANGERS: After asking a stranger for directions on the train, they gave me a beautifully wrapped box of chestnut treats. Soon after, at the restaurant where everything was lost in translation, the waiter gave me a raw carrot, onion and potato upon departure. In Japan gift giving is an art form, representing friendship, respect, and gratitude. How grateful is that?

3. MONEY LAUNDERING: At the shrine of the white snake (below), believers "wash" their money in water to make it reproduce and increase. I washed mine money and wished for more. I’m grateful that this really worked. Now laden down with pockets of yen, I had the yen to go shopping to lighten this load. 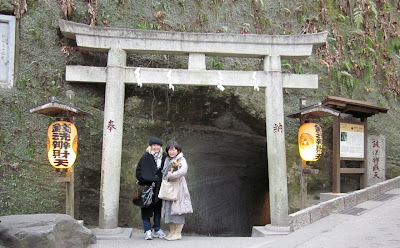 4. TOKYO TRAINS AND SAKE: I could happily live in Japan with all its gizmos, fashion, food and sake. Hot sake was a necessity to warm me up on the cold winter nights. I’m enamored by the state of the art metro system. Instructions are broadcast in Japanese and English, talking on cell phones is banned, and if the train is really packed your feet don’t touch the floor. I’m grateful for not having to catch the infamous “train of shame”. It’s the first train running in the morning full of sheepish hung over disheveled passengers who just couldn’t make it home the night before.

5. WARM MUSICAL LOO SEATS: How can you not be grateful for warm toilet seats on a cold winters day, especially when it also does a bit of bidet washing, deodorization, has a warm air blow dryer and plays catchy tunes. When in use, the toilet plays any of six soundtracks, including chirping birds, rushing water, tinkling wind chimes, or the strumming of a traditional Japanese harp.

6. INVITATIONS: I’m grateful for the invitation to visit International schools in Japan and meet children from over forty nations. I loved sharing my books from around the world and making connections with these children to their rich and varied lives and their uniqueness. 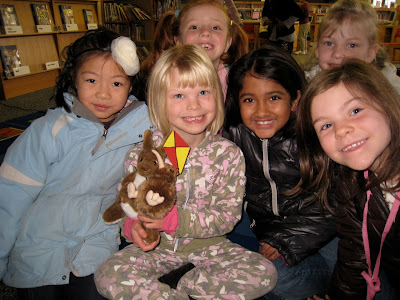 I’d also like to congratulate Frané and Mark on the release of their award-winning book The Legend of Moondyne Joe. For those of you who don’t know, Moondyne Joe was not known for blazing gunfights or robbing banks. It was the convict bushranger's amazing ability to escape every time he was placed behind bars than won him fame and the affection of the early settlers. Wearing a kangaroo-skin cape and possum-skin slippers, he roamed the wooded valleys and winding creeks at Moondyne Hills. This is the story of the greatest escape artists of Australia's convict era - the legend of Moondyne Joe.

You can buy your copy of Moondyne Joe on-line right here. 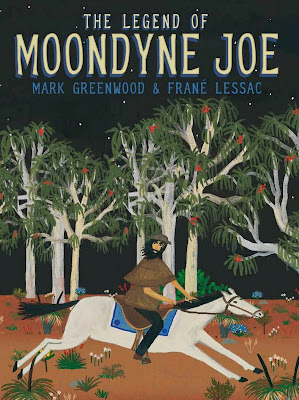 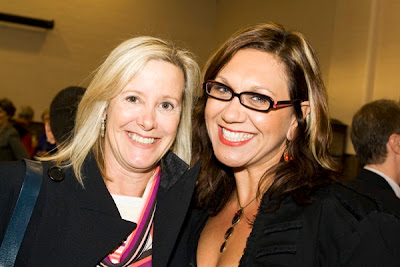 Above is a pic of Frané and I at the Barbare Jeffries Award Ceremony in Sydney, 2007 when we were both on the board of the Australian Society of Authors.
Posted by Dr Anita Heiss at Monday, February 07, 2011

Winter's coming. Can I have one of those toilet seats?

I'd love to do a kids book JAPAN DREAMING and Frané to illustrate. We'll see!

Barbara - if I know Frané she probably got a few duty free!

Tokyo Dreaming- plenty of shopping....I'd love to see Lauren trying to talk at a whisper on the Tokyo Metro. I'd dare her to break out in song like I did.... Just a wee verse of "Day-O" to break the silence :)

I adored reading this post. Visiting Japan in 2007 was a surreal experience for me and it's probably THE place on earth I felt most grateful. The Japanese certainly know how to gift, to receive, to appreciate. Glad you had such a glorious time Frané!

Thanks Tania.. how is the gifting AND the packaging AND presentation. I also fell in love with the organised chaos-something I'm striving for in my own life. シ

Thanks for sharing your travelling experience in Japan.
Keep posting
Tennis Coaching camps in hyderabad
Tennis Clinics in hyderabad