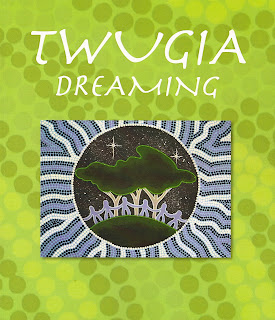 A highlight for me this week was attending the launch of the Twugia Dreaming anthology, containing the work of eleven Year 7 Aboriginal students from south-western Sydney. As a writer, nothing is more inspiring than seeing young creative minds at work. As a Wiradjuri woman, that overwhelming inspiration comes from experiencing young Kooris developing their own stories. And that sums up my time with this year's Twugia group.

For three days in August, the National Centre of Indigenous Excellence in Redfern, became the breeding ground for characters, settings, short stories, poetry and interesting ideas. The students – all part of the Twugia project - worked in an intensive environment, leaving behind their schools and families back at Ambarvale, Campbelltown, Leumeah, Macquarie Fields, Prairiewood, Picton, Narellen and Fairfield West. 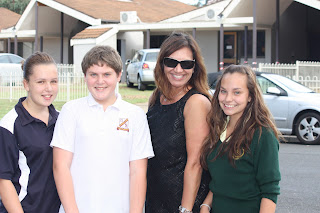 What they brought with them was creativity, positive energy, respect and an abundance of talent, as well as their own experiences of identity, culture and life for young Kooris in Sydney.

My kids – which I like to call all the talented students I work with – wrote about their own sacred places, their favourite seasons, reviews of their most-loved books, and their happiest and saddest memories.

Their short stories moved from bank robberies to terrifying moments in a haunted houses. Some used suspense to write a murder mystery, another became trapped in prehistoric times, while two lads went on an emotional journey of young love.


One striking poem I wanted to share here (with permission) by Brandon Morgan, Caibryn Keating and Dean Thompson demonstrates the depth to understanding these young fellas have of the significant symbol of the Aboriginal flag.

OUR POEM
The Aboriginal flag is more
Than just a piece of cotton;
It represents many things
That will never be forgotten.

Our flag contains many things:
Red for blood and land; yellow for the sun;
And black for us human beings.

It represents the stolen generations
Indigenous children, taken away,
These events were torturous
And caused great dismay.

We raise our flag loud and proud,
To show we are not a failure;
We are the traditional owners of this land,
You call Australia!

A Luritja Elder Harold Thomas,
Designed this deadly symbol.
It gives us pride, makes us strong
And it makes white fellas tremble.

I was parent-like-proud on Monday night as I sat with their families and listened to them perform their first public readings. Indigenous Australia has a bright future when I think of these kids. And reading the work in Twugia Dreaming, I am inspired to write more myself, and for that I feel blessed and privileged.


Congratulations to the 2011 Twugia group!

And massive thanks to Rachael McKay and the South Western Sydney Region Aboriginal Education Team, and Judith Ridge from WestWords (for editing the book!). 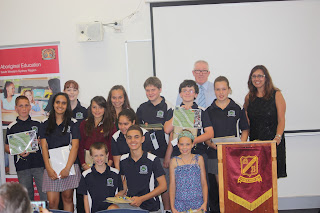 Anita, I'm pleased you were given permission to share that poem because it is brilliant. Well done to the writers.

Thanks Cathy - I know the students will really appreciate your comment all the way from Italy!

I'm Zaliah's mum who was involved in the Twugia Dreaming. I work for Tharawal LALC and would like to know where we can copies of the book.

Hi Zahliah's Mum! You need to get in touch with Rachael McKay who coordinates Twugia as she has all the copies. It's not for sale. It was great working with Zahliah. Peace, Anita