I always love receiving the latest offerings of Little Black Books from Black Ink Press  in Townsville. Most of the titles are written by young Indigenous people from around Australia, and often they are part of community workshopping projects. Thus, little books by little people. Love the concept and I love the look of them. I also appreciate the publications being used with kids in lower primary because it encourages young readers to believe that they too can write a story. And this is how we improve literacy and develop a love of reading.


The latest pack of books to arrive includes seven titles.  The first four mentioned below were created as part of an after-school workshop at the Thuringowa Library over 10 Fridays in 2010, and were supported by the Regional Arts Development Fund. They are dedicated to the memory of Kerry Clarkson, the much-loved Indigenous Library Resource officer who coordinated the project and died suddenly, before it was finished.

Below are my thoughts on each title, and a glimpse for you of the new pool of young Aussie authors... and that’s something to celebrate. 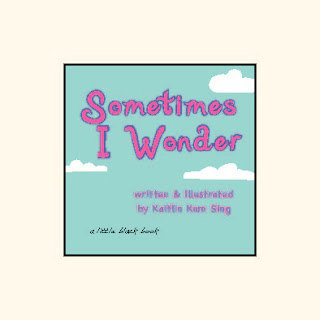 SOMETIMES I WONDER
The cover of this ‘little book’ – a blue sky with pink writing – caught my eye amongst all the titles on my desk at once. A peaceful tone that I imagined would lead to a story about daydreaming, or being a dreamer. However, the story written and illustrated by Kaitlyn Kum Sing was about bereavement, an issue rarely dealt with in children’s books for young readers, and rarely by young writers. A tribute to a lost sister and she might have been like, the story is powerful, and like its cover, provides a sense of peace. 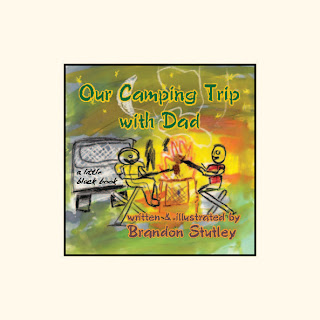 OUR CAMPING TRIP WITH DAD
Having just been camping myself (see that blog here) I was drawn to this tale, written and illustrated by Brandon Stutley. As with all good camping adventures should, this one also included fishing, rain and a lot of mud! It reminded me of the joys of camping... for kids! 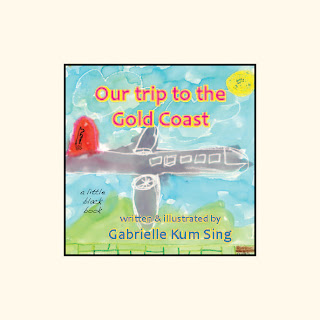 OUR TRIP TO THE GOLD COAST
The Kum Sings are clearly a talented family as Kaitlin’s sister Gabrielle writes about a trip to the Gold Coast via a flight to Brisbane and a drive in a Green Holden Commodore SV6 (I liked the details and the illustration of the car!). I especially appreciated that the family stopped at DFO for a quick look at the shops. I think Gabrielle might group up to be an author just like me! 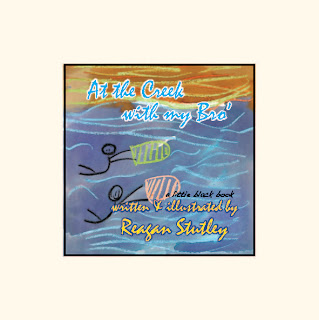 AT THE CREEK WITH MY BRO’
Young author Reagan Stutley doesn’t like to read but loves to draw and that’s clear in this suspense story about Reagan and his friend Campbell who he refers to as Bro. They both go boogie boarding in the creek on a rainy day and the water rises so fast they find themselves in trouble. Will they have something to brag about at school the next day? Let’s hope so. 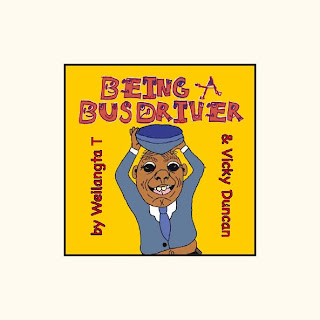 BEING A BUS DRIVER
I love the canary yellow cover on this story, written by Weilangta T (Bernard James Williams) from southern Tasmania and illustrated by Vicky Duncan from northern NSW. The public transport authority could use this to recruit appropriate staff as it lists ’10 things I like about being a bus driver’ (meeting passengers, getting holiday pay and taking lunch breaks in different places) and ’10 things I dislike about being a bus driver’ (some people telling you how to drive, not getting danger money and rowdy school kids). This small book would weed out those who should not be in the industry! I loved it, and reckon these kids should write books for every career! 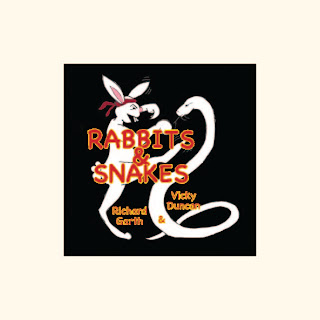 RABBITS AND SNAKES
Of all the titles, Richard Garth’s story (one we’re told from his childhood) is the most detailed and wordy, with a glimpse of his family’s love of rabbits – to eat, not as pets. This isn’t for the faint hearted though as rabbit traps, .22 rifles, feral cats and thick black snakes might just scare the littlies. I think boys eight and up will LOVE this tale and the illustrations by Vicky Dunn (yes, another book by VD). It will also make you think twice about hanging around blackberry bushes. 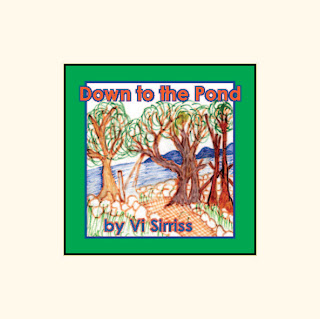 DOWN TO THE POND
Written and illustrated by the late Violet Sirriss, an elder of the Nywaigi people in North Queensland, this tale about Bob and Dick going fishing, is a clever way to document and pass on Nywaigi words related to the environment and the practice of fishing. I liked the small touch that the two boys played ‘I spy...’ as they waited for the fish to bite. With her own commitment to education, this is a wonderful legacy that Vi Sirriss has left behind.

Little Black Books are written and illustrated by various young authors. Most are 24pp and you can buy sets of 12 for $70! What a bargain. They are distributed by Australian Book Groupor you buy directly from the publisher Book Ink Press.
Posted by Dr Anita Heiss at Sunday, September 25, 2011

They certainly are Emma... and there's more to come. Peace, Anita

amzing blogger u r a nice
MyWork 1610 for PC